We were delighted to work on the promo launch for the period drama Borgia for Sony Networks.

Director Alexandra Nazarenko briefed the team at The Studio@Smoke&Mirrors, and the concept was based around creating a living canvas reminiscent of the renaissance period, showcasing all the main characters in classic still life poses.

High res stills of each main character from the show shot against a black backdrop were provided, everything else was sourced or created by TheStudio, who helped develop the idea into a sequence made up from a series of camera moves panning across the canvas.

The angles selected created subtle depth of field and showcased the intricate detail of the paint, characters and canvas.  By using this technique it was possible to introduce living moments onto the painting, like blood dripping down the edge of a sword, the subtle smirk of a character or a mischievous frown across a forehead, all of which tied into the plot and character personalities.

The workflow for this consisted of creating a high resolution matte painting of the cast within a renaissance setting which incorporated props and lighting suitable to the period as well as to the individual traits of each characters.

This meant at times tweaking the characters poses to suit the arrangement, as well as creating the complete room, floor and lighting from scratch.  TheStudio created a technique to recreate aged oils on the canvas and slight discolouration which gives an authentic look to the painting, (involving R&D between the high resolution still and the compositing techniques used to create the final moving sequence).

Once a look had been signed off for the matte painting, the team then proceeded to create camera moves in Nuke for the entire sequence based on the final composition, also creating depth of field and adding atmosphere as well as grading to the shots.

Audio was mixed and masters created all within Smoke & Mirrors.  The Programme launched in December. 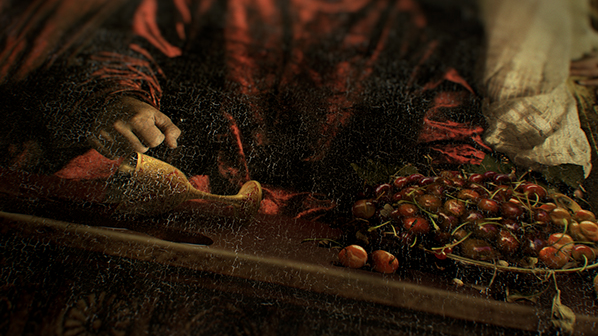 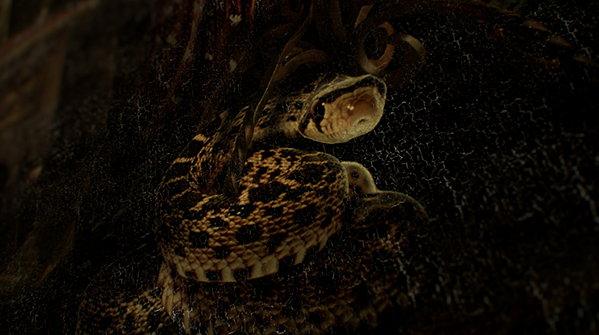 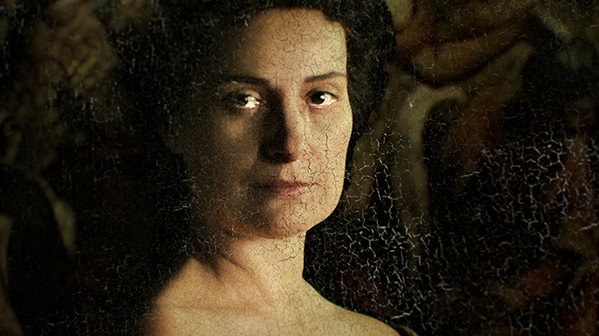 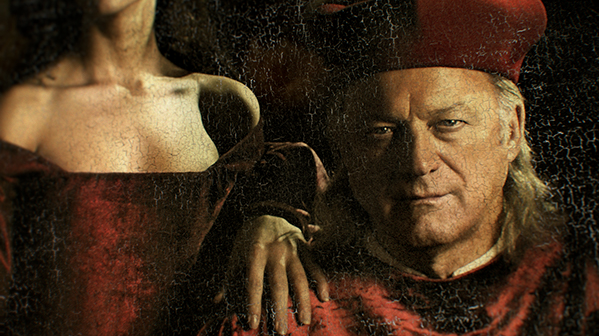