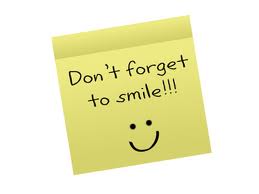 Bhutan has begun to use GNH (Gross National Happiness) in place of measuring GDP as a way to establish the well-being of it’s population, according to a great article in Time, 22.10.12.  the term was first coined by the fourth king more than 30 years ago to suggest an enlightened Eastern alternative to the gauge used by the West.

Prime Minister Jigmi Thinley has made it his misssion, since taking office in 2008, to prove to the world that GNH is more than just a utopian dream.  Suffering from the same problems as elsewhere around the world, the poor struggle to earn enough from farming, and migrate to overcrowded urban cities, middle-class families worry about young people graduating from college without job prospects and the elite fear their kids are spending too much time on social media channels like Facebook and Twitter, or with their iPads.

Research by Richard Easterlin, economist, indicates that, beyond a certain threshold, rising incomes don’t bring happiness.  In the US, economic insecurity is affecting reported levels of happiness.  The General Social Survey, the oldest effort to measure well-being, found, in 2010, the “lowest levels we’ve ever had” says Easterlin.  “The picture is not encouraging.”

Bhutan has identified “four pillars” of GNH, sustainable ecomonic development, conservation of the environment, preservation of culture and good governance.  Although it might be difficult to draw conclusions, Bhutan being a small, aid-dependent country, Bhutan could also be considered a perfect economic laboratory as it steps gingerly into the free market.  Its policy has caught the imagination of economists and politicians across the globe, all who are looking for ways to find free-market prosperity – one that takes into account the environment, social equity and family life.

How many people can you count on for help in case you get sick?

How often do you talk about spirituality with your kids?

When did you last spend time socialising with your neighbours?

How comfortable are you with your level of household debt?

At the end of the survey the first baseline index of GNH in Bhutan: 0.743 on a scale that goes up to 1.

Be interesting to know what that figure would be in the UK…  it seems to me that 75% isn’t bad, but then I haven’t ever thought about it to a great extent.  How many people could I count on if I were sick – depends to what level of illness.  If flu, and groceries were needed, then I guess a few people, but if I suffered a more long-term condition, then I really wouldn’t like to think about the answer.  Similarly, I have only socialised with my immediate neighbours once in the six years I’ve lived in my current home – before that the figure was a little higher but I lived alone and so that surely had a bearing on it.

Joseph Stiglitz, a Nobel Prize-winning economist believes the current crisis was very helpful in terms of people changing their idea of what constitues happiness, because the GDP “wasn’t telling us anything about what was going on.  When Bhutan took up GNH, some people said it was because they wanted to take attention away from lack of development.  I think quite the contrary.  The crisis has made us aware of how bad our metrics were even in economics, because US GDP looked good, and then we realised it was all a phantasm”.  I have to say – what a great word that is!!

Phantasm may refer to the following:

Hmm, doesn’t sound as much fun as I thought!

The OECD (Organisation for Economic Developement) created Your Better Life Index, a web tool that allows users to measure well-being.

Of course depending on one’s emphasis, the results will vary – if work-life balance and the environment are most important, Denmark and Sweden rank highest.  Change the importance to income and health, and the US and Switzerland rank top.  At the very least, taking GNH into consideration, if in conjunction with GDP, can only be a good thing.

It’s difficult to believe GDP will ever be replaced by GNH, but perhaps a combination of the two is the way forward?  Bhutan has turned GNH principles into a policy-screening tool to achieve that elusive ideal of sustainable economic development.  Although still in its infancy, the plan is run every significant decision by Bhutan’s government through a GNH filter – how great is that?  The idea that policy-makers will consider the happiness of the population as at least a preliminary decider is very refreshing.  For example, an undertaking of a total review of its mining policy using the GNH screening tool to come up with better bidding processes, regulations and revenue agreements that will minimise corruption and environmental damage is brilliant.  “Environmentally, it’s quite a big challenge,” says Sonam Tshering, Bhutan’s economic-affairs secretary.  “We have to be mindful of future generations.  But we also realise that minerals are a resource that needs to be used for the country.”  I love that they are even thinking that way, and not simply selling their natural resources to the highest bidder with little, or no care, to future generations.